A Snapshot of the Middle Ages: The Travels of Benjamin of Tudela

When the average person thinks of the Middle Ages, the imagery of knights, castles and feudal realms might be the first thing that comes to mind. However, the Middle Ages were far more nuanced and wider in scope than the imagery present in medieval fairs. The Middle Ages were a time of fluctuating kingdoms and conflicting faiths, and the Jewish people thrived or persisted amidst all the warring rulers.

Our Glatt Kosher Holidays through Iberia explored much of the Sephardic Jewish legacy to be found in that peninsula, along with the many historic individuals who lived there. Long before the journey of Marco Polo, there was one Sephardi in the Middle Ages who set out to map the ethnography of Europe, while also visiting the various Jewish communities that he could find. This decade-spanning exploration was conducted by one Benjamin of Tudela. 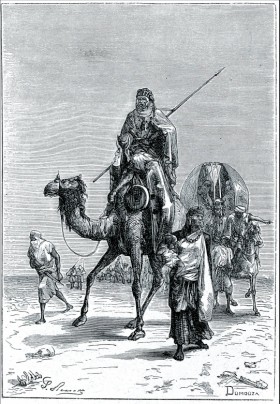 From Navarre to the Far Ends of Europe

For an explorer whose travels have revealed much of medieval life, Benjamin of Tudela’s own history is not as well documented. Nevertheless, what is known is that he was born sometime in 1130, in Tudela of the Kingdom of Navarre. He was known as a rabbi, and around 1159 to 1163 he set out to travel across Europe, for many possible reasons. One is that it was supposed to be a pilgrimage to the Holy Land, or to look for trade routes, or possibly to find and record the many cultures that he would have met on his journey, including Jewish communities.

He traveled from France to Rome, from Greece to Constantinople, from Damascus to Baghdad. He may have even visited Western China, if his last accounts are to be considered wholly accurate. What is sure is that he mapped a variety of faiths, cultures, sects and situations on his travels, from the settled crusaders of Antioch to the Jewish community in Thebes. After more than a decade of traveling, he returned to Iberia around 1172.

A Snapshot of the Middle Ages

His work, the Itinerary of Benjamin of Tudela, is a valuable glimpse into the myriad peoples of Europe between the Second and Third Crusades. Benjamin’s work showcased both the general ethnography of the places that he visited and also revealed how the various Jewish communities were faring at that time, noting how some places were cruel, while others facilitated prosperity. His records provided a great map for many historians, and you can find translations of it online.

If you ever visit any kosher resorts in the future, consider checking out if it’s located somewhere near one of the places Benjamin visited.