A Guide to Italian Cheese

Enjoyed by both children and adults alike, cheese tasting is a fan favorite event of kosher touring services’ guests. Eat your way through Italy with this guide to Italian cheese. 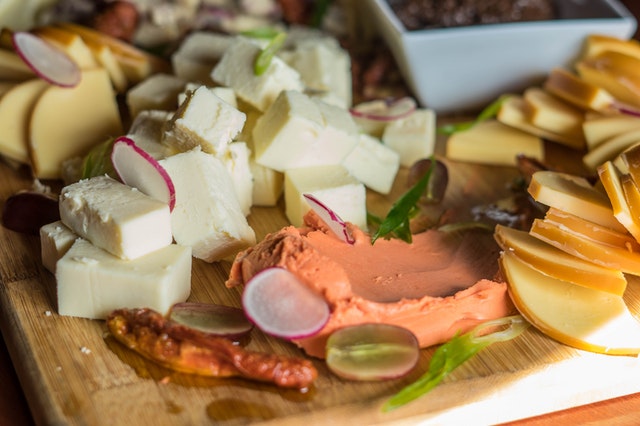 The “king of Italian cheeses” Parmigiano-Reggiano is a hard cheese produced in northern Italy. This cheese is characterized by its gritty texture and strong and complex fruity/nutty flavor. Parmigiano-Reggiano is normally grated over risotto, soup, or pasta but is also eaten on its own as a snack. This world-famous Italian cheese only gained its stamp of Kosher stamp of approval in 2015, but only as a replica. The issue here lies in the rennet, which is not approved by Kashrut law.

Mozzarella and Parmigiano-Reggiano fight for the top spot in Italy’s most famous cheese. It is traditionally made with buffalo milk, but cheaper options use cow milk instead.

Mascarpone, also known as Italian cream cheese, is characterized by its high-fat content making it extremely spreadable. This cheese is typically found in desserts such as a tiramisu because of its naturally sweet flavor profile.

Burrata, not to be confused with mozzarella but a close relative of, is a creamy cheese with a close to liquid center produced in Southern Italy. This mozzarella alternative can be thrown on a pizza or tossed in a Caprese salad.

Fontina is a semi-soft cheese known for its bubbly holes. If you’ve ever wondered what cheese goes into fondue that makes it taste so good, it’s Fontina. Spice up your next panini and pop this cheese in between the slices.

Gorgonzola, affectionately known by the rest of the world as “stinky cheese,” has a pungent flavor which is the effect of a special bacteria that agitates the aging process giving it the colorful blue marbling.

Pecorino, this salty, hard-cheese is the secret ingredient to an authentic Italian carbonara. Did you know that Italians don’t use cream in this famous pasta? The creamy texture is achieved by slowly melting pecorino cheese with eggs until it emulsifies and creates a cream-like texture to coat the pasta noodles.

Provolone is sold two ways, dolce (mild) and Picante (sharp). Authentic provolone cheese is made by hand stretching hot curds, but commercialized versions use machines to achieve a similar texture.

Make it your best Jewish vacation yet by choosing Kosher Cruises, don’t miss the opportunity of going on a cheese tasting extravaganza!