A Chronicler Before the Crusades: The Tale of Eliezer Ben Nathan

If there’s one thing that we learned on our kosher touring ventures, it’s that history is built on the efforts of those who preserve and chronicle the happenings of their time. Huge swathes of the past are lost to the modern day because of wars, famines or oppression, but like flowers that pierce through the pavement, history finds a way. One can liken our kosher river cruises as an act of ‘smelling the flowers’, visiting different parts of the world and identifying the history found therein. But part of reality is, history is not all daisies and butterflies. The events of the First Crusade, for example, are often glorified—forgetting the harrowing massacres enacted by crusaders on their way to the Holy Land. That’s why the accounts of people like Eliezer Ben Nathan are important in preserving this side of history. 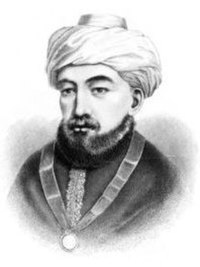 Life of a Liturgist

Eliezar Ben Nathan was born in Mainz around the year 1090, shortly before the first Crusade. Six years after his birth, crusaders swept through Speyer, Worms and his hometown Mainz. There they attacked and massacred the Jewish population, seizing their property and killing men, women and children with no hesitation. Raban, as he was also known, survived this ordeal but it shook him. He grew up to be a well-proficient rabbi, an elder of Mainz who wrote Even HaEzer, a responsa and with topics pertaining to the Talmud. He also wrote commentaries on piyyut, and even wrote his own emotional liturgies and works that captured his deep sense of faith.

The cruel events of the crusades remained with him. He wrote Persecutions of 1096, chronicling the Rhineland Massacre. This chronicle is similar to the Mainz Anonymous (an anonymous account of the massacres during the First Crusade), although it has been noted that Raban may have needed additional sources for a fully comprehensive account. His work was full of lament, full of anger towards the crusaders and questions on why such things could occur. The events detailed therein were written in chronological order, to better show how much was lost. Eliezer himself lived on, writing more responsa and scholarly work until his death in around 1170.

Wrestling with the Past

The Rhineland Massacres were a tragedy, a saddening blot in the history of the world. Such an event forced even a dedicated rabbi like Raban to wrestle with his thoughts, even writing piyyutim based on the events of that crusade.

Wrestling with one’s uncertainty can be daunting, but it is better than avoiding one’s emotions. The chronicles of the past serve as a reminder of what was lost, but they also serve as a reminder that despite the world’s circumstances, the struggle to carry on isn’t futile. We are never alone, and facing the harsh events of the past can help us recognize what is important and strive for a better future.