In addition to a number of local historians and guides that will be with us in each city, we are pleased to announce that we will be adding the expertise of the following guests to enhance your cruise and educational experience!

Prof. Halevy is the Chairman of the Israel Health Basket Committee, which meets annually to determine which drugs, medical procedures and technology will be approved and subsidized by the national health care system. Prof. Halevy is the author of many articles and books, including Complementary and Alternative Medicine: All the Facts and Bedside Manner.

Dr. Halevy attended Sackler School of Medicine at Tel Aviv University and was a visiting Fellow at Yale University School of Medicine from 1983-1985. His board specialties are Internal Medicine, Gastroenterology, and Health Administration. In addition to his many administration responsibilities, Prof. Halevy regularly treats patients in his capacity as a specialist in liver disease. 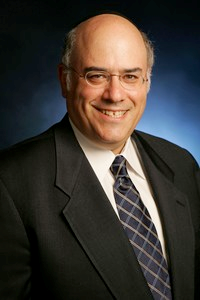 Rabbi Dr. Jacob J. Schacter serves as University Professor of Jewish History and Jewish Thought and Senior Scholar at the Center for the Jewish Future at Yeshiva University. From 2000-2005 he served as the Dean of the Rabbi Joseph B. Soloveitchik Institute in Boston and was the first Rabbi of the Young Israel of Sharon, MA, from 1977-1981. From 1981-2000, he served as the Rabbi of The Jewish Center in New York City and also served as Rabbi of the Maimonides Minyan in Brookline, MA from 2000-2005.

Dr. Schacter holds a Ph.D. in Near Eastern Languages from Harvard University and received rabbinic ordination from Mesivta Torah Vodaath. He graduated from Brooklyn College in 1973, Summa Cum Laude and Phi Beta Kappa with the Abraham S. Goodhartz Award for Excellence in Judaic Studies. Dr. Schacter was a Teaching Fellow at Harvard from 1978-1980, Director of Yeshiva University’s Torah u-Madda Project from 1986-1997, and an Adjunct Assistant Professor at the Stern College for Women at Yeshiva University from 1993-1999. In 1995, he was awarded the prestigious Daniel Jeremy Silver Fellowship from the Department of Near Eastern Languages and Civilizations, Harvard University. He also presently serves as a member of the faculty of The Wexner Foundation.

Dr. Schacter is co-author of the award winning A Modern Heretic and a Traditional Community: Mordecai M. Kaplan, Orthodoxy, and American Judaism published by Columbia University Press in 1996, author of The Lord is Righteous in All His Ways: Reflections on the Tish‘ah be-Av Kinot by Rabbi Joseph B. Soloveitchik (2006) and close to one hundred articles and reviews in Hebrew and English. He is also the editor of Reverence, Righteousness and Rahamanut: Essays in Memory of Rabbi Dr. Leo Jung (1992), Jewish Tradition and The Nontraditional Jew (1992), and the award winning Judaism’s Encounter with other Cultures: Rejection or Integration? (1997), and co-editor of The Complete Service for the Period of Bereavement (1995) and New Perspectives on Jewish-Christian Relations: In Honor of David Berger (Brill, 2012). He is the Founding Editor of The Torah u-Madda Journal, a prestigious academic publication which has gained international acclaim

Dr. Erica Brown is an educator and author who consults for the Jewish Agency and other Jewish non-profits and currently serves as the Community Scholar for The Jewish Center in Manhattan. She previously served as the scholar-in-residence for The Jewish Federation of Greater Washington, where she directed the Jewish Leadership Institute. She also held that position at the Combined Jewish Philanthropies. Erica was a Jerusalem Fellow, is a faculty member of the Wexner Foundation, an Avi Chai Fellow, winner of the Ted Farber Professional Excellence Award, and is the recipient of the 2009 Covenant Award for her work in education and the 2012 Bernie Reisman Award (Hornstein Jewish Professional Leadership Program, Brandeis University). Erica has degrees from Yeshiva University, University of London, Harvard University and Baltimore Hebrew University. She lectures and writes widely on subjects of Jewish interest and leadership and lives with her husband and four children in Silver Spring, Maryland.

Erica is the author of 10 books. Her most recent book was Seder Talk: A Conversational Haggada (OU/Koren, January 2015) and her upcoming book is Take Your Soul to Work: 365 Meditations on Every Day Leadership (Simon and Schuster, December 2015). She is also the author of Happier Endings: A Meditation on Life and Death (Simon and Schuster), which won both the Wilbur and Nautilus awards for spiritual writing. She authored Leadership in the Wilderness (OU/Koren). Her previous books include Inspired Jewish Leadership, a National Jewish Book Award finalist, Spiritual Boredom, Confronting Scandal and co-author of The Case for Jewish Peoplehood (all through Jewish Lights) and In the Narrow Places: Daily Inspiration for the Three Weeks (OU Press/Koren) and Return: Daily Inspiration for the Days of Awe (OU/Koren). She writes a monthly column for the New York Jewish Week and has blogged for JTA, Psychology Today and Newsweek/Washington Post’s “On Faith” and tweets on one page of Talmud study a day @DrEricaBrown. She also writes Weekly Jewish Wisdom. Access her articles at ericabrown.com.

Voted one of the top 10 comedians in New York City by the Hollywood Reporter and BackStage, MODI is one of the comedy circuits’ most sought after performers. Featured on HBO, CBS, NBC, ABC, Comedy Central, Howard Stern and E! Entertainment, MODI has received rave reviews in the New York Times, Time Out NY and the New York Post. Born in Israel, MODI moved to the United States when he was seven. After college, he worked as an investment banker and had no plans to become a stand-up comedian. But one open mic changed everything. Amelia David of BackStage raves, “MODI has a young Sid Caesar-esque talent for creating accents and characters, making him appeal to a diverse market MODI has appeared in several feature films and played leading roles in two: Waiting for Woody Allen, which won the LA Film Festival, and Stand Up, a feature-length film. MODI is a regular performer at the New York and Los Angeles comedy clubs and headlines around the country. He has also gone on tour in the United Kingdom, Holland and Israel and performs in comedy festivals and special venues, including Montreal’s Just for Laughs Comedy Festival and The John F. Kennedy Center for the Performing Arts in Washington, D.C.

Rachel Wolf has worked at the American Committee for Shaare Zedek in varying capacities since 2002 and was appointed as its CEO in 2014. In her tenure with the organization, Rachel has combined her deep commitment to Shaare Zedek with her passion for creativity, technology and personalizing the donor experience with the Hospital.

Rachel was responsible for coordinating and leading Shaare Zedek’s prior missions including the trips to Poland and Israel, China and Hong Kong, South Africa, and South America. Rachel was graduated from Barnard College with a BA in Psychology and is a long-time resident of the Upper West Side of Manhattan. Rachel is very active in her synagogue, The Jewish Center in New York City, and serves as the Director of Creative and Technical Services for VIPRAM Passover.